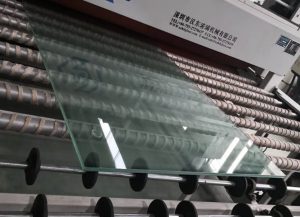 5mm laminated glass is formed as sandwich of 2 sheets of glass, between which is bonded together with a tough and thermoplastic polyvinyl butyral (PVB) interlayer under heat and pressure.